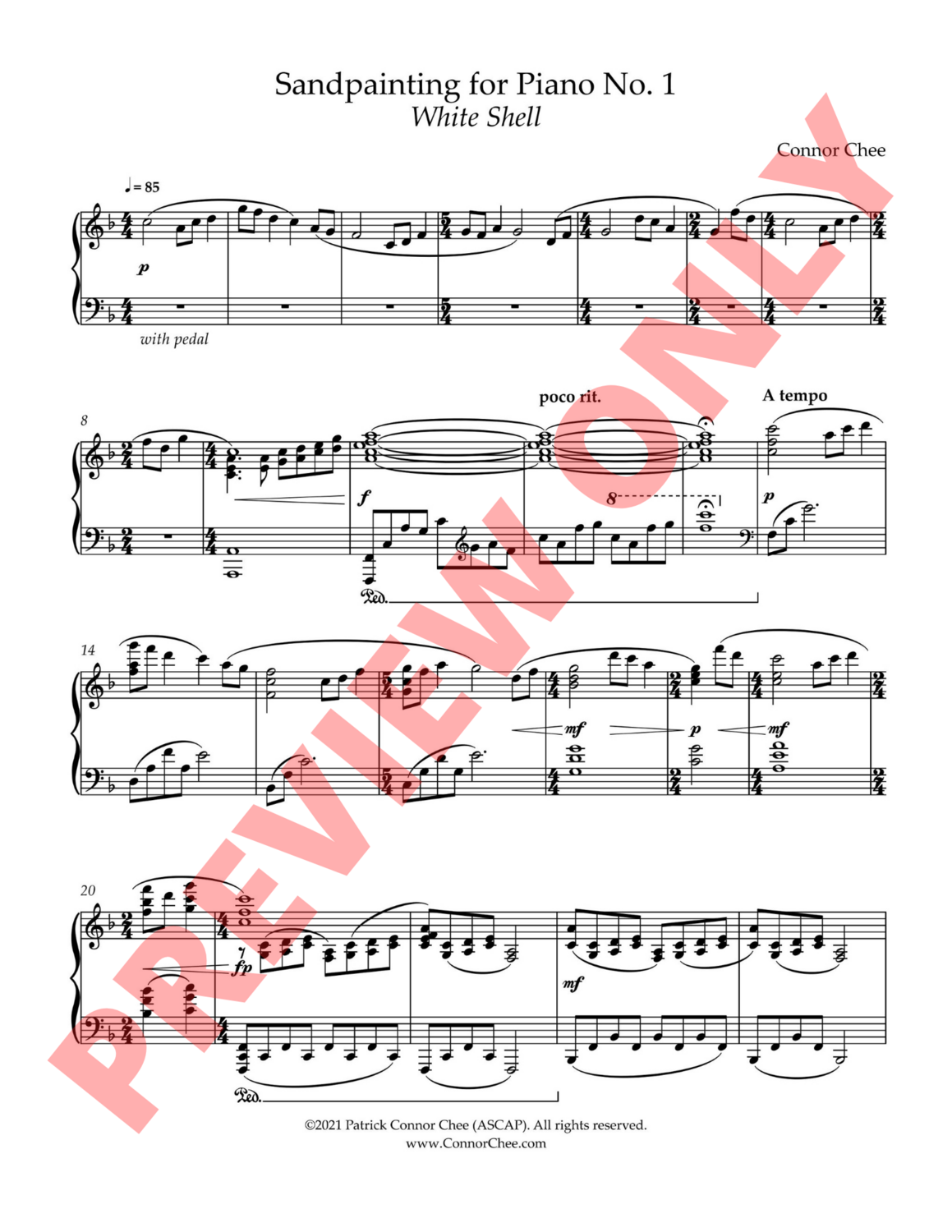 NOTES FROM THE COMPOSER:

“I decided to refer to traditional Diné (Navajo) visual art for this commission: sandpaintings. Diné sandpaintings are created by carefully sprinkling different colored sand to create works of visual art. Traditionally, they serve a curative purpose, and are used in a variety of ceremonies. Unlike the Diné sandpaintings one might see displayed for aesthetic and artistic purposes, the healing sandpaintings contain sacred elements, and they exist only during the ceremony. I feel a strong parallel with music here, in that they only exist while the ritual is performed. While there are sacred sandpaintings that should not be used or created outside of ceremony, I took inspiration from several common elements in sandpaintings: sacred stones, clouds, lightning, and the sacred mountains.

The number four is sacred to the Diné, and this is often related to the four directions. In that sense, many sandpaintings will depict elements four times—once in each direction.

In the traditional dwelling (known as a hogan), the door always faces East to greet the rising sun. When entering, you must always move clockwise around the center of this circular dwelling. Some sandpaintings share this format, having a circle with an opening towards the east, and the sandpaintings within shown in each of the four directions. For this reason, Sandpaintings for Piano begins with four pieces based on the Eastern direction and continues clockwise to the South, West, and finally the North.

Just as a sandpainting might depict a mountain in each direction that rotates as it is drawn, these musical pieces have the same theme that ‘rotates’ through this series of permutations. Each piece's melody is also the reflection of the piece opposite if placed in a circle with four directions. Thus, pieces in the Eastern and Western directions are retrograde inversions of each other, and pieces in the Southern and Northern directions are retrograde inversions of each other.

Finally, the melodies are presented in their original and complete form in the Northern direction. In this sense, once the music has been played to completion from East to North, each theme has found balance in its true form - just as traditional sandpaintings serve to bring balance to life.”

Save this product for later
Display prices in: USD
Back to Top